Netlify lets you link a GitHub, GitLab, or Bitbucket repository to a site for continuous deployment. Each time you push to your Git provider, Netlify runs a build with your tool of choice and deploys the result to our powerful CDN.

From here, you can link an existing site to a Git repository or change the currently linked repository, set a base directory, add a build command, and specify a publish directory. For public repos, you can also toggle your deploy log visibility. 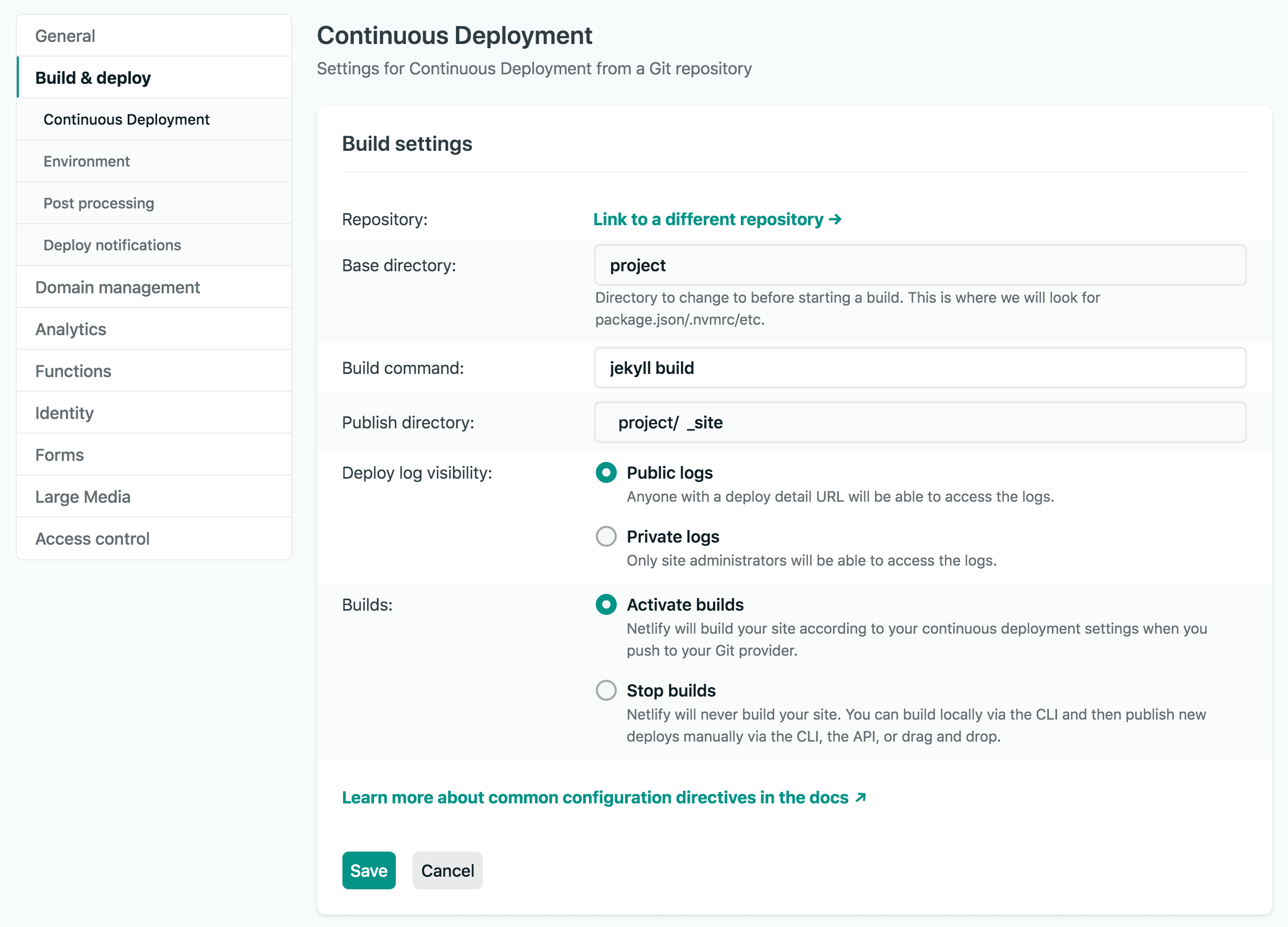 This feature is in BETA.

When a build is triggered on Netlify, our buildbot starts a Docker container running a build image. The build image is a snapshot of an operating system that is preinstalled with various software tools and other settings.

Until recently, all Netlify sites were built using the same build image. We are now experimenting with allowing customers to select from multiple images with different operating system and software versions.

You might choose a different build image to meet a software requirement for your build tool, to try out experimental build features before we release them, or to just keep up to date with the included operating system environment. This will also allow us to release breaking changes into our build image and allow users to accommodate those changes when they have time to upgrade.

To change the build image for a site, go to Site settings > Build & deploy > Continuous Deployment > Build image selection, and select the build image you would like to use. This image will be used for all production deploys, as well as branch deploys and Deploy Previews.