Netlify lets you link a GitHub, GitLab, Bitbucket, or Azure DevOps repository to a site for continuous deployment. Each time you push to your Git provider, Netlify runs a build with your tool of choice and deploys the result to our powerful CDN.

With continuous deployment configured, you can specify how Netlify will build your site by going to Site settings > Build & deploy > Continuous Deployment > Build settings. 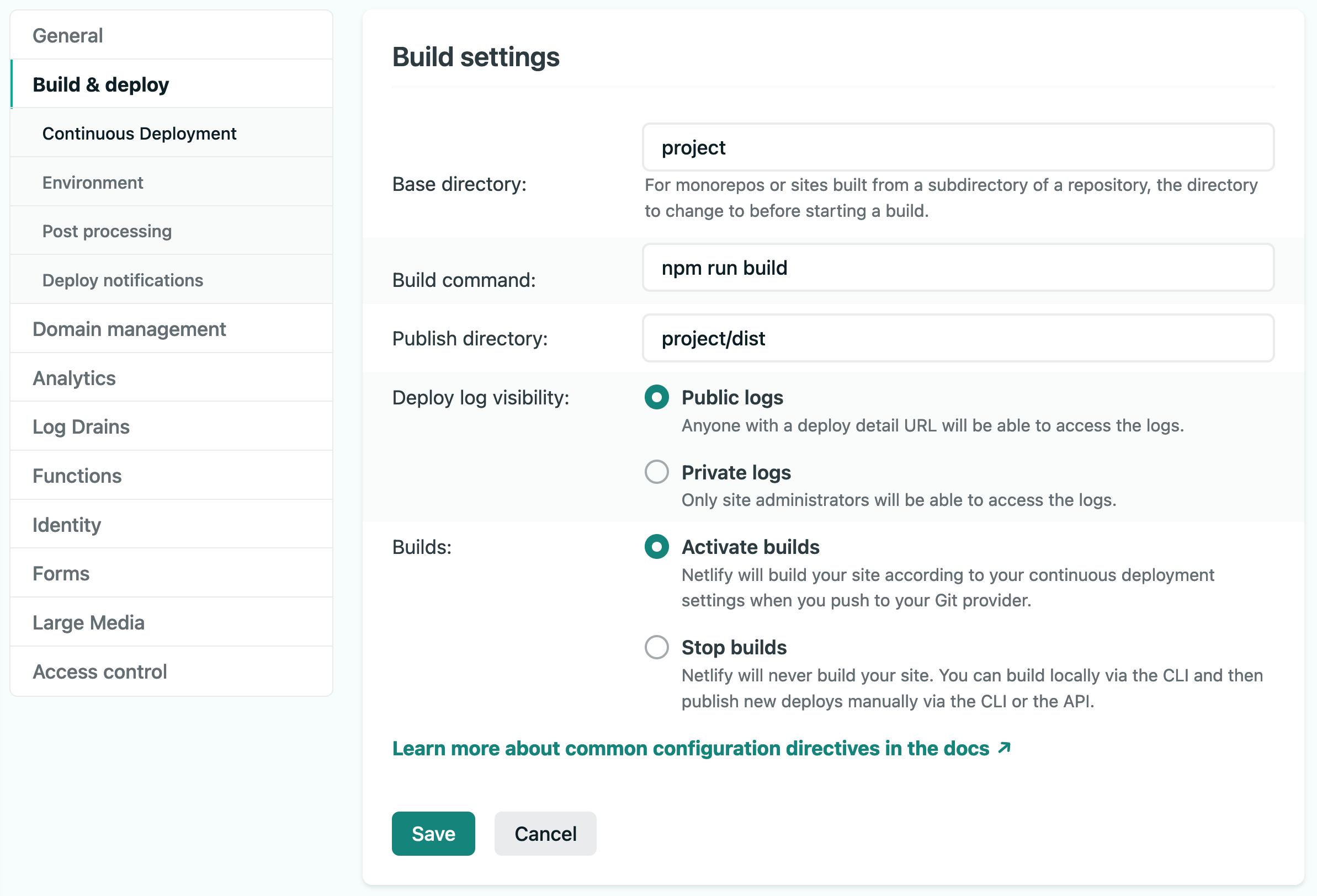 Although all new Netlify sites use a default build image, you may be able to select from multiple images with different operating system and software versions. You might choose a different build image to meet a software requirement for your build tool, to try out experimental pre-release build features, or to keep up-to-date with the included operating system environment. Build image selection also enables Netlify to release breaking changes into the build image while allowing you to accommodate those changes with time to upgrade.

Recommended for you: Deploy Previews

Perform QA testing and get feedback from stakeholders through Deploy Previews and related collaboration tools.