If your site is linked to a Git repository, Netlify will by default build your site according to your continuous deployment settings when you push to your Git provider. You can stop builds for your site at will for more control of your workflow. When you’re ready for Netlify to build your site again, you can activate builds.

When you stop builds for a site, you prevent Netlify from building production deploys, Deploy Previews, and branch deploys. If you only want to stop new production deploys from being published, you can stop auto publishing. 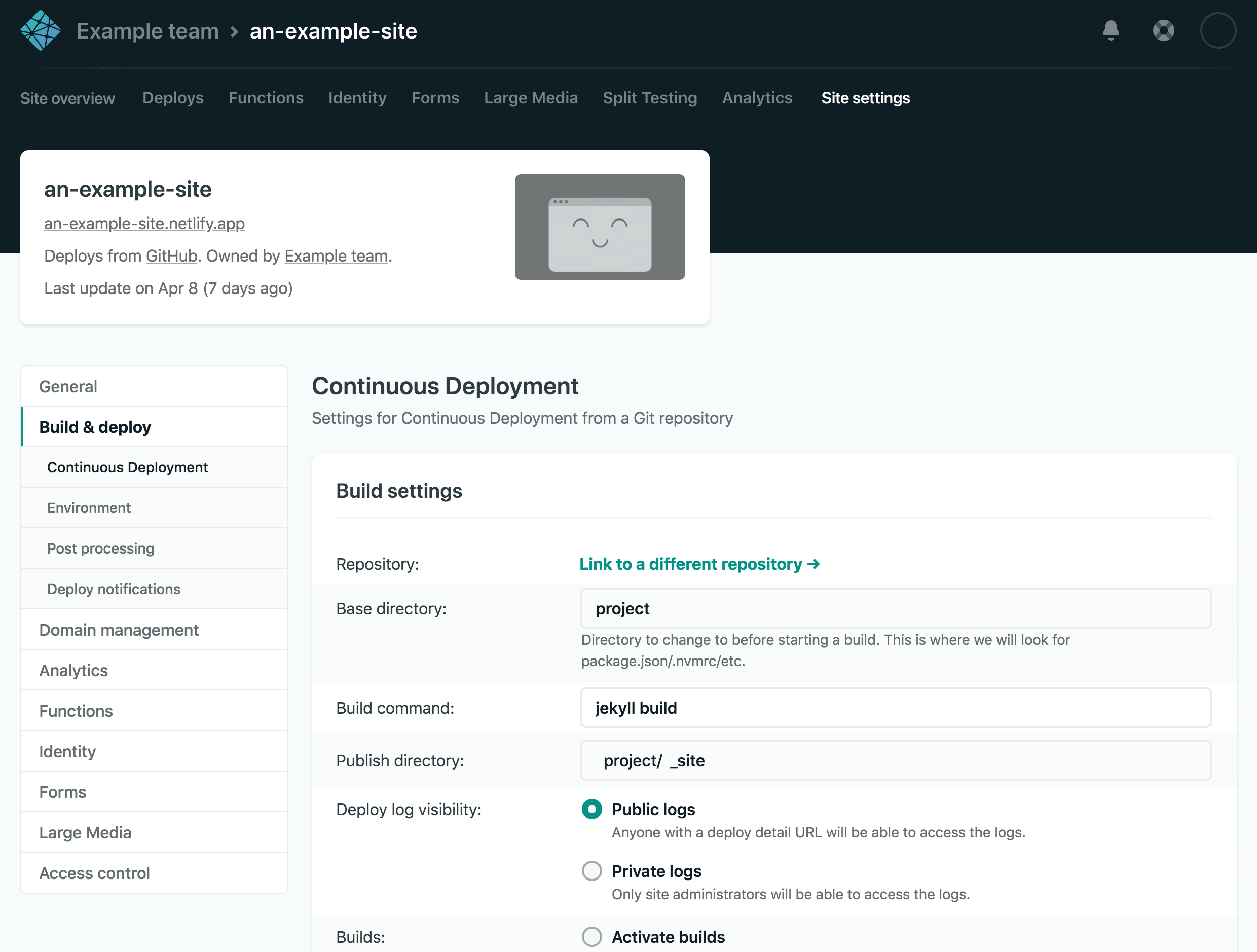 When builds are stopped, Netlify will never build your site.

Netlify will send a notification email to let any other site members know that builds are stopped for the site. There will also be warnings in the Netlify UI:

If you relink your site’s repository or link to a different repository, builds will be activated as part of the new configuration.

By default, builds are active. If builds have been stopped for a site, there are multiple ways you can activate them. You can:

Activating builds does not trigger a build

Netlify will send a notification email to let any other site members know that builds have been activated for the site.