This feature is in BETA.

For example, you may want to:

The Scheduled Functions beta is enabled by default for all accounts. To try the feature, write a scheduled function for your site.

Keep the default deployment options in mind as you work with scheduled functions.

Specifying cron expressions inline only works for TypeScript and JavaScript

If you use a function language other than TypeScript or JavaScript, you must specify your cron expression in netlify.toml.

First, make sure you install the @netlify/functions npm module to your local project directory:

Then, create a scheduled function in your Netlify functions directory using the general syntax of a synchronous function. Netlify provides the event and context parameters when the function is invoked.

To make the handler method a scheduled function, wrap it with the schedule function as you export it.

If you prefer to keep your cron expressions in one file and separate from your function code, you can specify them in the netlify.toml configuration at the root of your repository.

First, create a function in your Netlify functions directory using the general syntax of a synchronous function. Netlify provides the event and context parameters when the function is invoked.

Then, specify the function as a scheduled function in your configuration file:

Scheduled functions only run on published deploys and, similar to event-triggered functions, you can’t invoke them directly with a URL. This means that you can’t test with deploy previews, for example.

You can also invoke functions locally on the URL path but these invocations are purely for interactive debugging. Netlify Dev wraps the function response with a note that this URL invocation isn’t possible in production.

Alternatively, you can create a new test site to experiment with scheduled functions as part of published deploys.

Once you deploy your code, the deployed function should appear on the Functions page of the Netlify UI with a Scheduled badge. The function will show a next execution date and time, converted to the user’s timezone. 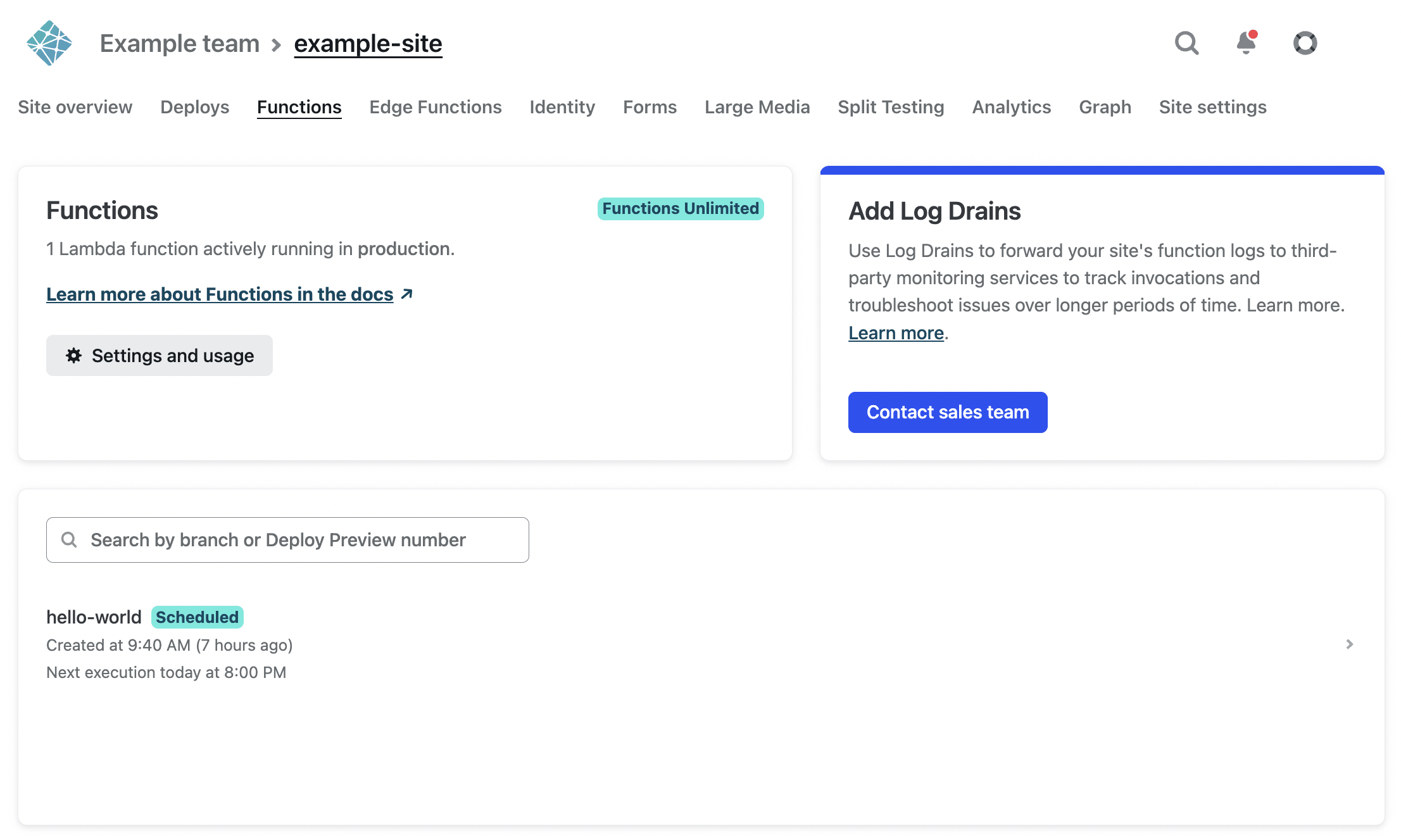 Select the scheduled function to access the function’s schedule and logs.

We’d love to hear your thoughts on how we can make Scheduled Functions better. Please visit our Forums to join the conversation.