Netlify environment variables are accessible during your build. This allows you to change behaviors based on deploy parameters or to include information you don’t want to save in your repository, such as API keys.

This page describes specific variables available in the Netlify build environment, as well as how to set your own. Visit our Forums for a verified Support Guide on how to access environment variables during your site build.

You can create your own environment variables in the following ways:

Environment variables set in the UI are also accessible in other environments associated with your site, including serverless functions at execution time, snippet injection during post processing, and more.

Environment variable changes are applied at deploy time and require a re-deploy to take effect.

Some environment variables you may want to keep private. This can pose a challenge for sites connected to public repositories, where anyone can trigger a Deploy Preview by making a pull/merge request from a fork. We call these deploys untrusted deploys.

Netlify allows you to control whether untrusted deploys can access sensitive environment variables by choosing a sensitive variable policy. The policy is only available for sites connected to public repositories, and it includes the following options:

By default, when Netlify detects potentially sensitive environment variables in your site settings, we automatically apply the default setting above, requiring approval for all untrusted deploys. You can change this policy at any time in Site settings > Build & deploy > Environment > Sensitive variable policy. 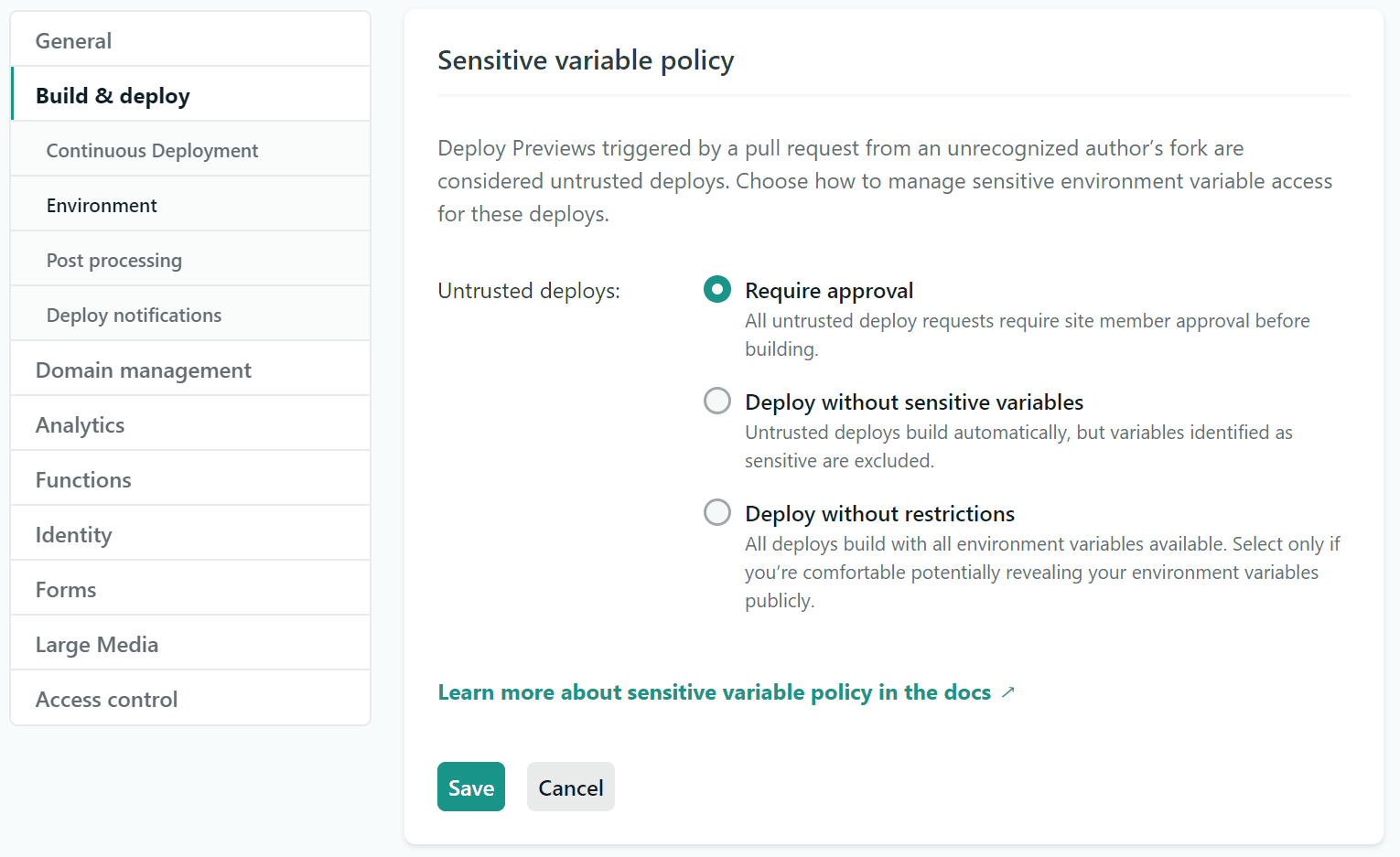 Because self-hosted GitHub/GitLab instances enable a higher degree of access control, we treat all self-hosted repositories as private. This means you won’t be able to set a sensitive variable policy for a site linked to a repo on GitHub Enterprise Server or GitLab self-managed.

The following variables should be set in the Netlify UI rather than in netlify.toml. This is because the Netlify configuration file is read after your repository has been cloned.